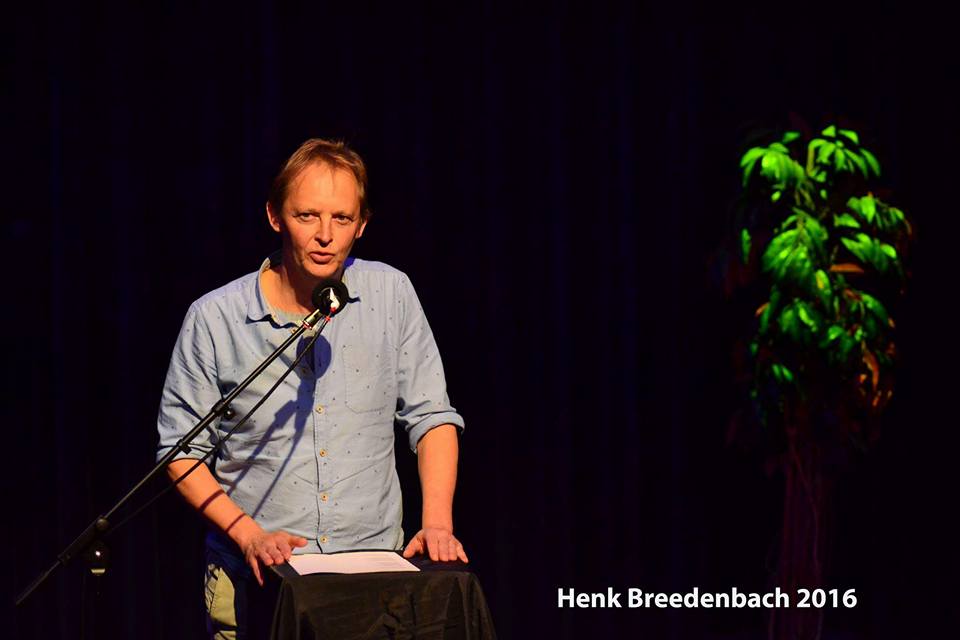 Syds Wiersma (Grou, 1963). Being a film archivist in his daily life, for him poetry is a way to process creatively the images which pass before his eyes every day. ‘Writing poetry is a form of incarnation: a deeper understanding of objects, thoughts, feelings, relationships.’ After Wiersma’s first poetry collection Alles wat ik net betinke woe (1992), and a time-out of almost 25 years, he published three volumes of poetry in the last years: Raffelwjok (2016), the bilingual collection Twintig liefdes een Saudade/Tweintich leafdes in Saudade (2017), and Lân sûnder Ljurk (2019; ‘Land without Lark’). He is also a regular translator of poetry. Most recently a series of Basque poems, published in the Frisian literary journal Ensafh (nr. 6, 2017) and (together with André Looijenga) V Premiku (‘On the move’), a series of six poems by the Slovene poet Kristina Kočan, who had a writer’s stay in Friesland in 2018. In 2020 his poem ‘De Put’ (The Well) was the winning poem of a contest connected to the festivities organized around ’75 years of freedom’. Recently his poem ‘It Famke’ (The Girl’) won a Rely Jorritsma Award.

‘I trust that a broad collective of poets like RIXT, with a focus on poetry about current issues within and beyond the borders of Fryslân, will rejuvenate the precarious situation of Frisian literature today. In any case, our collective tries to bring poetry back to the attention of a broad public, after all a noble pursuit.’