Rixt (1887-1979) was a Frisian poet with a small but striking body of work. In 1953 her only volume of poetry De Gouden Rider received the Gysbert Japicx Prize, the highest Frisian literary award. Rixt (pseud. Hendrika Akke van Dorssen) published her first poems in the second decade of the twentieth century. As a young woman in a conservative Fryslân, which Rixt thought was far too modest, meek and timid, she had the courage to publish love verses and erotic lyrical poetry. Her poetry of the 1920s and 1930s displayed a vitality and an adventurous spirit which reminds us of Slauerhoff, among others. Rixt remained involved in Frisian literature and kept attending literary events throughout her long life. Thus she became the “grand old lady of Frisian poetry”.

Because of her open outlook, her unconventional life and work, and her stature, we chose Rixt as the patron of our poets’ collective. We have taken two lines from her poem Buenos Aires as our motto:

Who are going to be my shipmates on that tramp?
Who are with me, unafraid of wind and expanse? 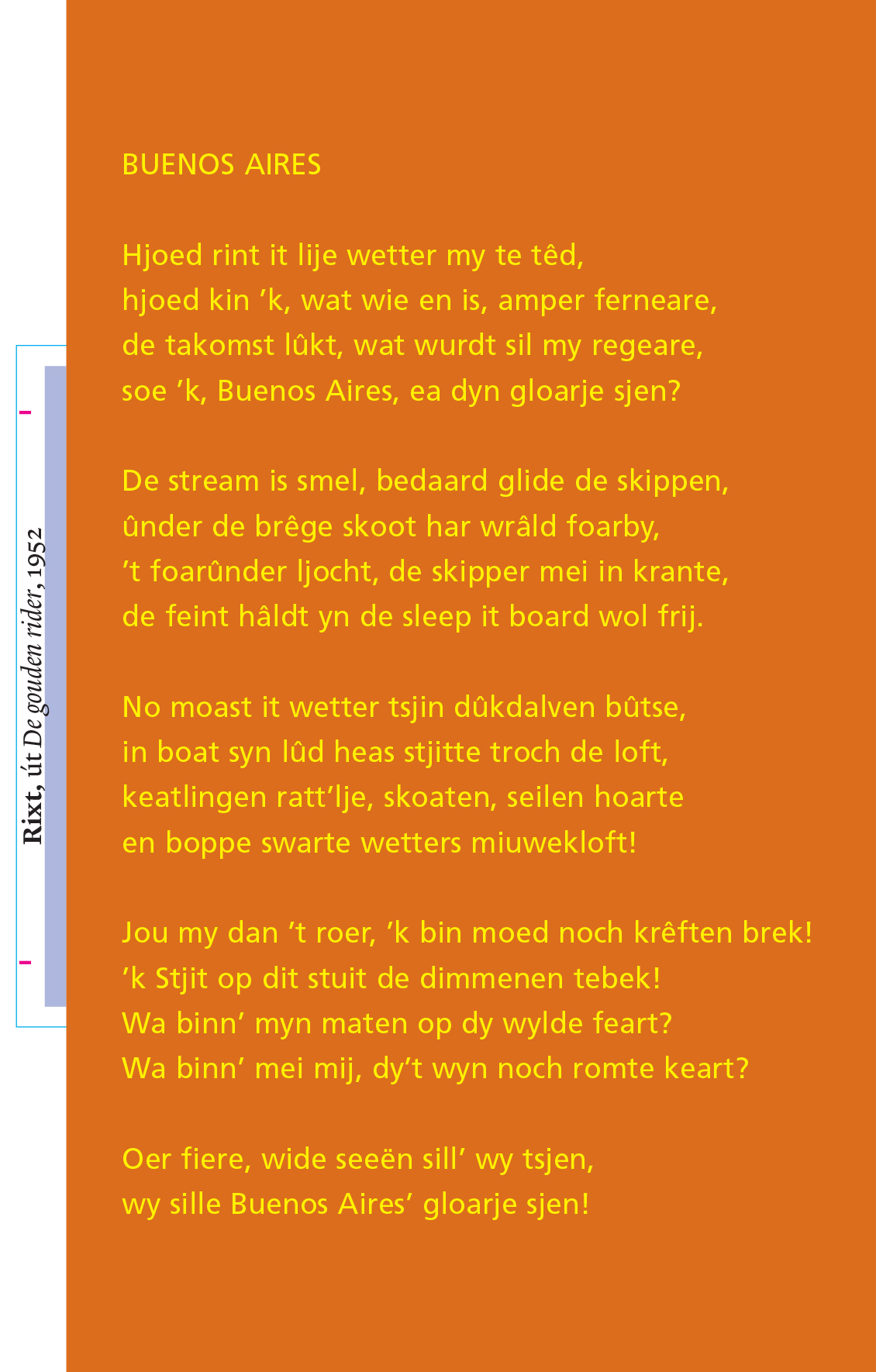