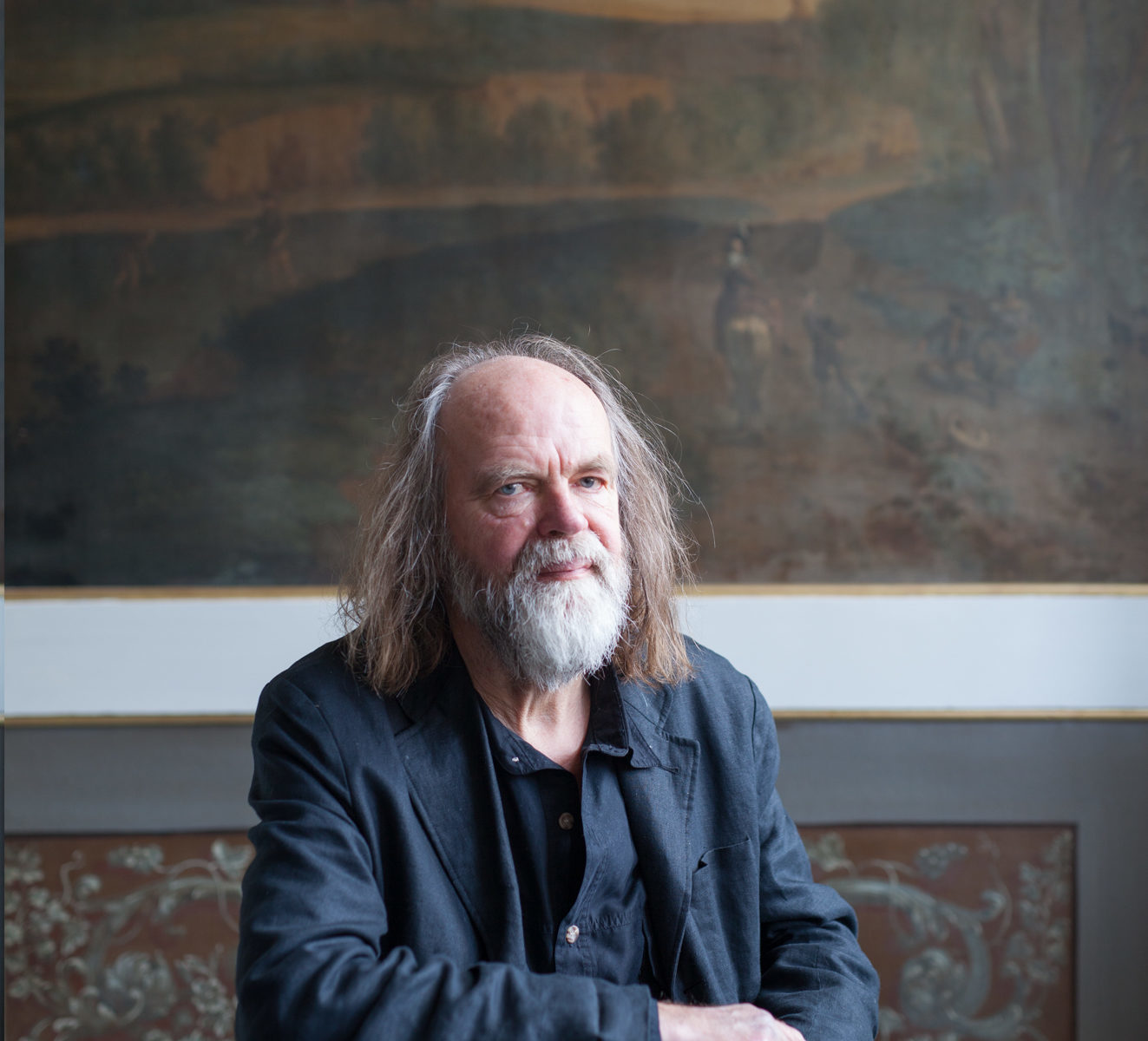 Bartle Laverman (Leeuwarden 1948 – Offingawier 2020) published his first collection It Freeslik Feest in 1969. Every poem was accompanied by a drawing by Anne de Vries. In 2016 his thirteenth volume In echte Fries was published, this time illustrated by photos of a number of his own paintings.

Eppie Dam wrote the following about his most recent collection in the Leeuwarder Courant of 30/12/2016:
“Actually, Bartle is not really Frisian, but his In echte Fries is completely Bartle.In his own manner (already well-known to us) Laverman shows how he stands up for the things he distances himself from. A challenge, but never so in the hands of a poet who knows his way with humour.”

why Brownlee left
is still today
for cityfolk
a mystery
for if a man
should have been happy
it would be him:
all those pictures in
Country Life or Outdoor
he lived them!
every day Mother Nature’s Son!
didn’t he love his horses?
didn’t his milkers have a name?

why Brownlee left
even now
his neighbours don’t want to know:
he who steps aside
falls into silence
weather and time
rules every countryman:
seeding proceeds earning
and on sunday too
the udders fill