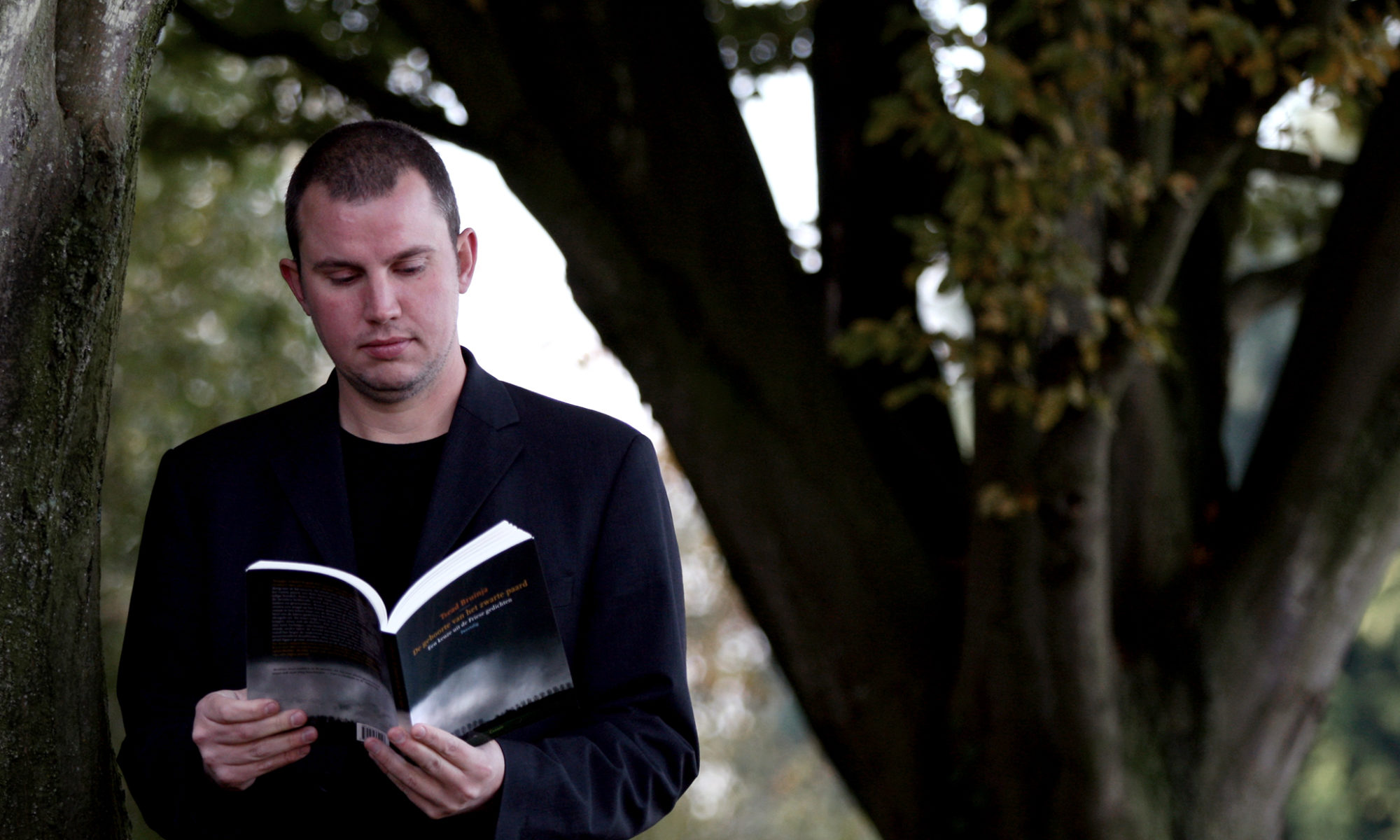 Tsead Bruinja (Rinsumageest, 1974) is a poet living in Amsterdam. He made his debut in Frisian with the volume of poetry De wizers yn it read (Bornmeer) in 2000 and in Dutch with Dat het zo hoorde (Contact) in 2003. Bruinja edits anthologies, writes reviews, is a TV host and an interviewer and performs at home and abroad (including Peru, Ukraine and Zimbabwe). Additionally he collaborates regularly with visual artists, typographers and designers. You can find his work not only in books but also on buildings (on the canopy of the station in Leeuwarden for example), on squares and in stores.

A few years ago Bruinja became a lecturer of Creative Writing in Arnhem and in 2017 he became ‘Dongeradichter’, poet laureate, of the council of Dongeradeel. Volumes of poetry by Bruinja have been nominated for the Jo Peters Poetry Prize, the Ida Gerhardt Poetry Prize and the Obe Postma Prize (as a translator of his own work). His most recent Frisian collection is Hingje net alle klean op deselde kapstôk/Hang niet alle kleren aan dezelfde kapstok (Afûk, 2018).