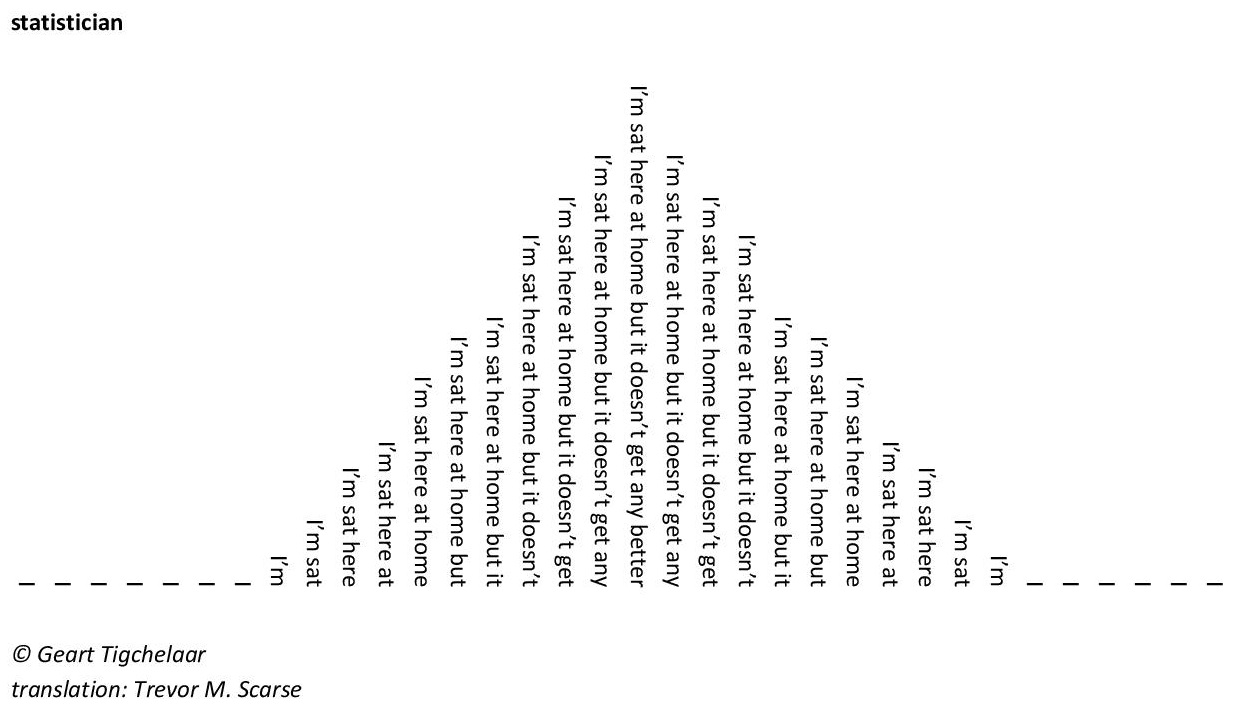 A visual poem by Geart Tigchelaar, inspired by covid-19 and the lockdown.

Click on the image to get the full size At the poetry festival Transpoesie in Brussels, in September 2019, Elmar Kuiper was this year’s Frisian poet who was invited to read from his work. During his stay he wrote a prose poem about one of his nightly walks through the city.

At the end of a literary evening in Brussels, I drank a Kaapse Pracht with a South African, whom I, miraculously, was able to understand. “A Frisian has a cruel tongue” I proclaimed and ducked out, staggered across a broken-up street and heard a load of sharp s’s and the hard g of an Arab shouting at me even at this late hour. I looked nervously around me and hurriedly crossed the intersection. Near the Holiday Inn our eyes met each other. She sat bolt upright, on a piece of bubble wrap, in the doorway of a restaurant and had wavy hair and dirty cheeks. Wrapped up in a drab blanket she looked me up and down. The white of her eyes became a puddle in which I almost drowned. “Help me, sir,” she whispered, soft as a summer rain, and I reached, generously minded, into my pocket and folded my wallet open, yet not even a penny rolled out of it. “These are hard times for poets as well,” I snapped, as if it was nothing, but she didn’t say anything and just shook her head.

Next Sunday there is a presentation of Unlân, the debut collection of poetry by Gerrit de Vries.  ‘Oyster’, the poem below, is a pre-publication. More information about the presentation, you find here An unpublished poem by Jan Kooistra, translated by the author himself. 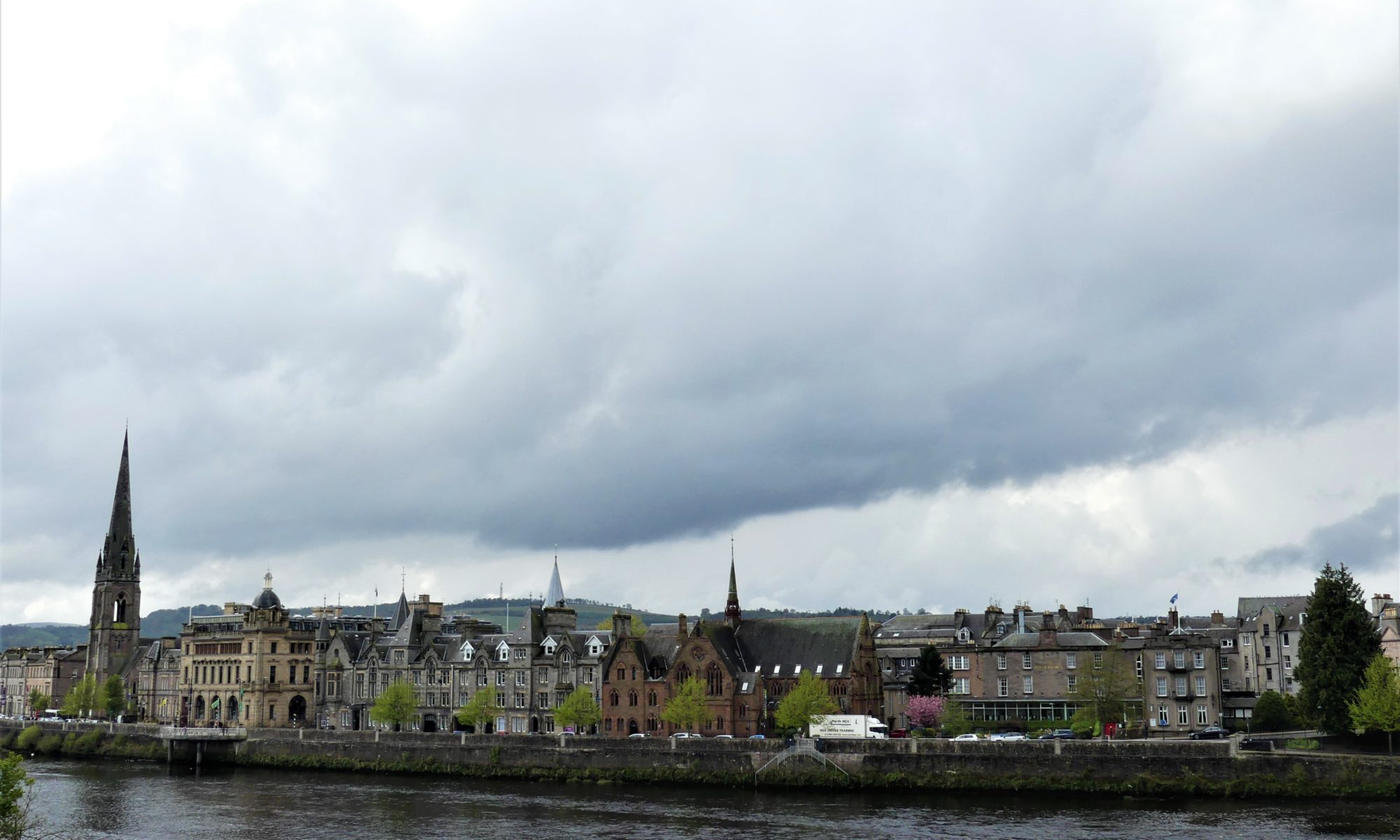 In April 2019, Geart Tigchelaar travelled on his bike to the Soutar Festival of Words in Perth, Scotland. William Soutar, to whom the festival is dedicated, was a poet who published in English and Scottish. He was born in 1898 and died in 1943. From his twenties, Soutar was bedridden because of the Bechterew disease. On the occasion of his bike trip and as a tribute to Soutar’s life and poetry, Tigchelaar wrote a poem. His Scottish colleague Daibhidh Eyre, together with whom Tigchelaar had a performance at the festival, translated the poem into Scottish.

A new poem by Yttje Cnossen, written in English. 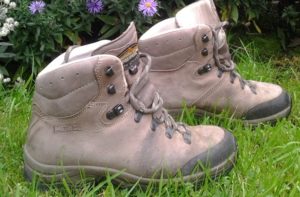