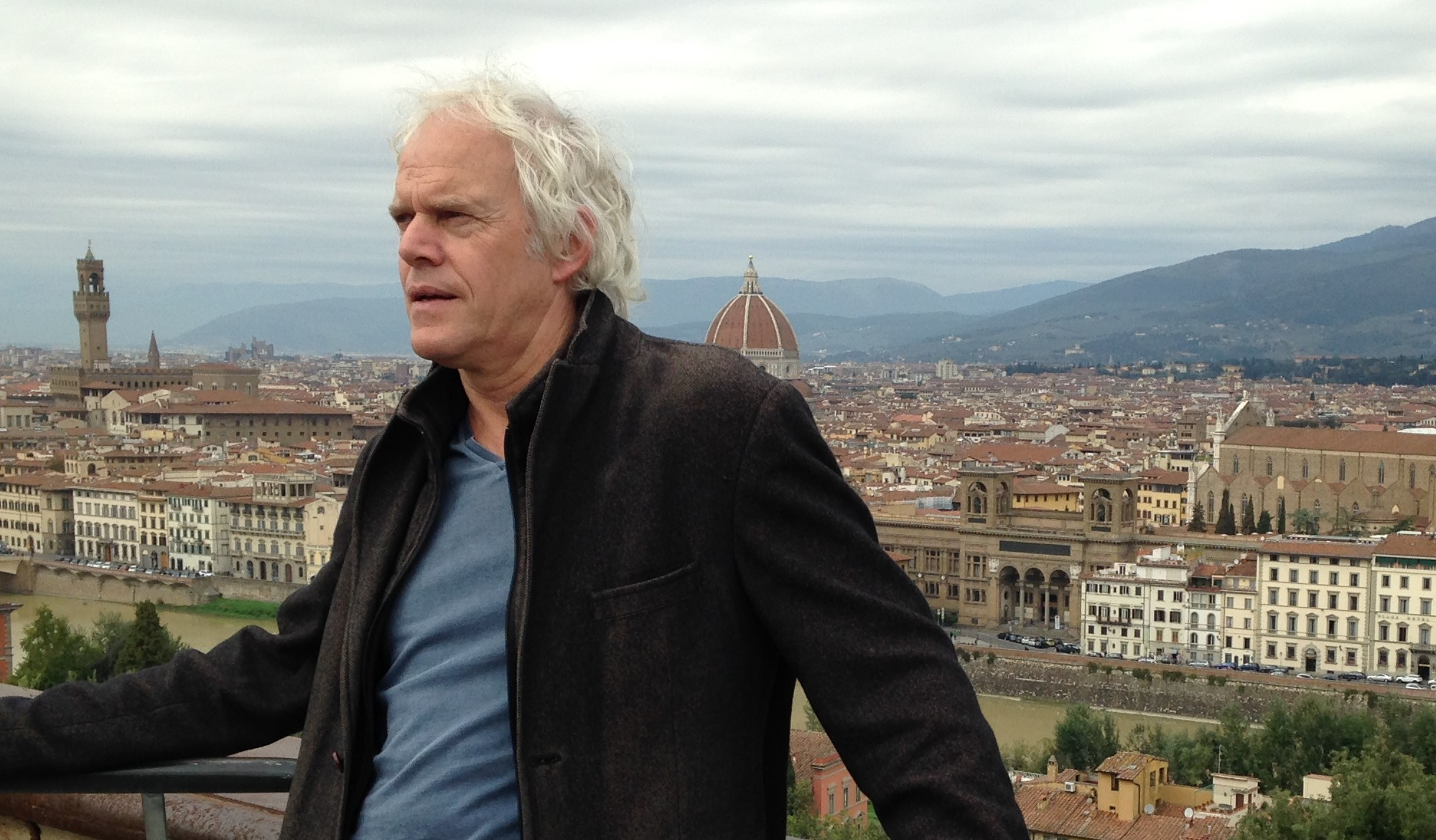 Jan Kooistra was born in 1959 in Wâlterswâld. Currently he lives in Anloo and works in Warffum. He was editor of the Frisian literary magazine Hjir and published five poetry collections. In 1981 his debut collection Ballads appeared, a bibliophyle issue, and in 1984 his first real collection De sulveren apels fan de moanne (The silver apples of the moon) was published. The language in these first works is mostly ‘Wâldfrysk’, which is the dialect of his birth region. In 1992 Dame fan myn dagen (Lady of my days) was published and Gershipper (Grasshopper) followed in 1998. In 2014 his latest collection Blues fan ‘e sângrûn (Blues from the sandy soil) was published by Wijdemeer.

and she says: what did you see my love?
and I say: buzzards in all kinds of shades

fawn, hazel, and buffalo colour
on poles or perky in the pastures

and handwritten signs referring to
farms for Bildstar or Irenes

arable land but fewer cows than before
oh yes, and sheep, lots of sheep with red backs

red? she says, visibly affected
oh, I say, it’s nothing, it means

the seed is sown and death
is nipped in the bud

what? she says and I say: come, let’s go
I feel like lamb and goat’s cheese