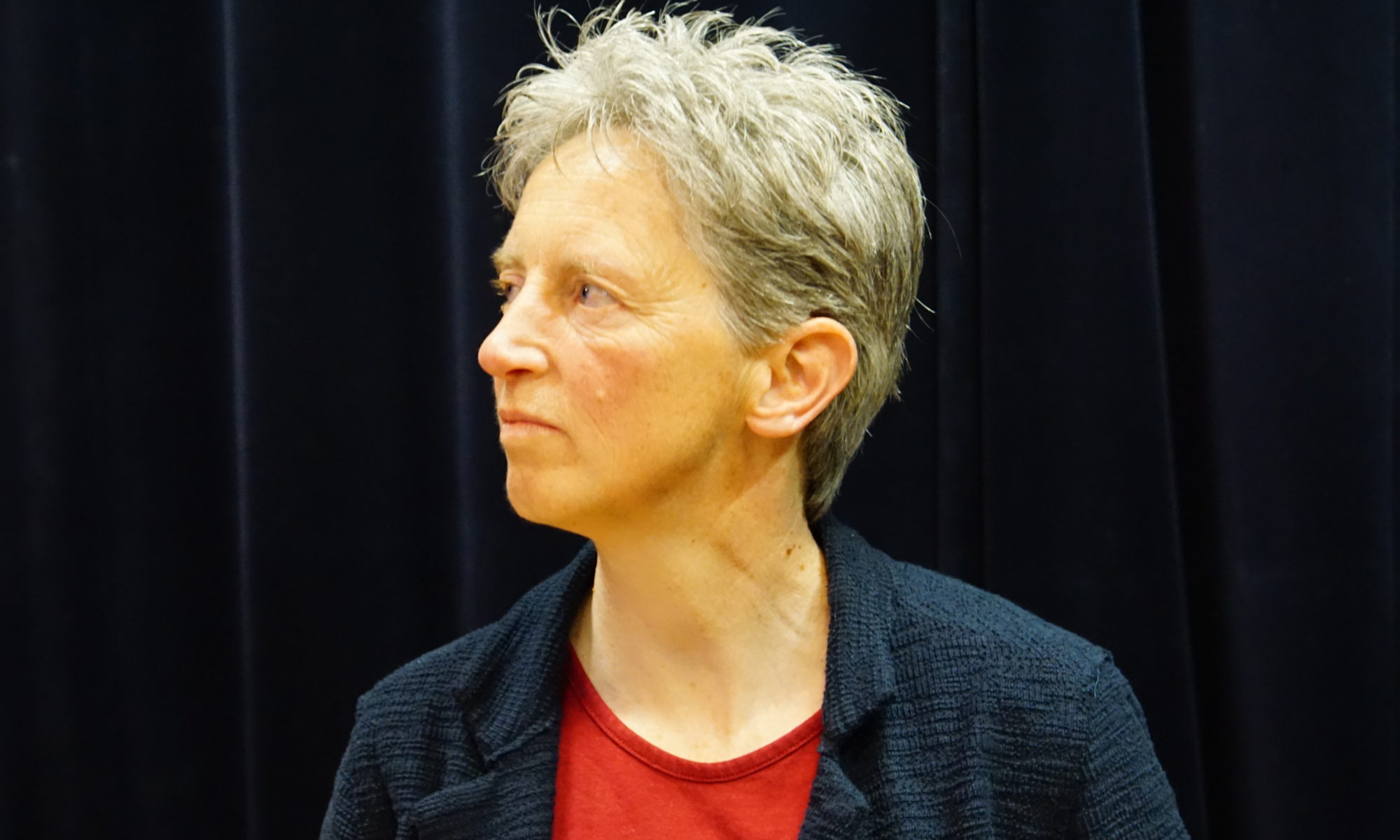 Janneke Spoelstra (Hijum, 1962) made her debut with the collection Goeie is it wachtwurd (Good day is the password) in 2004. In 2011 she released her second volume of poetry, Langst fan ’e dagen (Longing of the days).  She won a Rely Jorritsma prize for a poem in 2015. She has performed around Fryslân, in Malta, Ireland and Brussels. Her poems have been translated into Irish, English, Maltese, Portuguese and Spanish. She has been an editor of the former Frisian literary journal Hjir from 2002 onwards and is on the editing board of Ensafh now. Her third collection of poetry, Wij yn ‘e draaimûne (We in the merry-go-round), was published in April 2019.

A tourist with a local bag

A tourist with a local bag

I walk down the street. For the lady
who’s working in the garden,
I am a tourist with a local bag.

of Google streetview I found
the cemetry, with the help of
some locals I find the grave.

With the bottle of water and the
loaf of bread from the local bag
I sit down on a low wall near you.

‘Life is like spring water,’ says
the bottle. ‘It runs in an infinite
number of shapes’. Long ago

you ran. ‘So,’ I say to the
picture on the stone, and take
a sip, ‘here they brought you,

your supple body, broken head.’
The memories, also those to me,
already gone then. I take a bite.

‘We eat bread with everything,’
you say. I eat bread at your
grave and listen to the crickets,

the traffic, take pictures, send some
whatsapp messages that I found you.
‘Come in,’ says a brother. ‘Sit

down,’ says a mother, as if they
had expected me all those years.
‘I have good memories

to his job. ‘I’m always talking
to him,’ says the mother, nods
to the picture in the cupboard

above the sink, ‘in my mind
he is not dead.’ How alive
can someone who is dead be