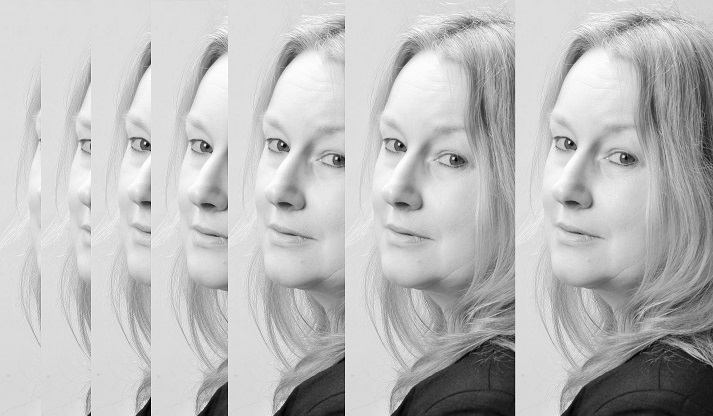 Yva Hokwerda is the poetical alter ego of Ytje Hoekstra (writer/translator/teacher). From 2004 to 2009 Yva manifested herself on a weblog in order to learn how to write in Frisian in a playful manner. In 2006 she won a Rely Jorritsma prize for a poem, followed by her debut collection Dûbeld Fjouwerjen (2008). From 2010 onwards some of her poems are published occasionally in magazines or anthologies. In the summer of 2018 she left the city she worked and lived in for 28 years, Leeuwarden, and moved back to the Sneek region. The lanes of the village of Loënga speak to her again.

Dear Malta, can you tell me
who amongst you nominates which is a weed?

Dairyfarmer’s daughter am I, farmer’s sister
asking such a question. Winding through a tiled city
I left what I knew about caterpillars under cattle grids
did not want to kneel in a bed of mud.
Now my language has lost track of the daisies,
my tiny garden centre-soul cannot both be satisfied and sound.
Whatever could be gathered for free from our father’s fathers
meadow-grass, I misplaced it.

Dear hare, will you reverently lead me
in a field service – somewhere – dedicated to the horizon?

Your grass-lecture is what I desire to hear, compliant in
the bank of a ditch in a parcel of land. That you may recite
the good things and the bad things for the tine – teeth
of time, commend to us the scriptures
of cuckoo and clover, respond to the polling-principles
of the meadow buttercup. Whether cows eat them.
Who knows about the gold in their hay?
While … ranunculus – wet in the grass – smells like death.

Dear oystercatcher, will you let us unrefrainingly sing the
refrain, on the red beat against the black-on-white?

The sounds, I want to hear them, catch the vibrant tunes
of young swallows and godwits who so humbly
thank the fattest of flies
– victims of their rural siren song.
Then … a hot-spirited post-lingering peewit-call
– sung by a male lapwing, a bit of a rascal –
dead calm, unafraid, but dumbfounded in the end:
where have they turned, my dearest beloved worms?

Dad! At which gatepost?
From whose collar beam?

Dear sparrow-hawk, will you pray for us
to the sunday-blue rafter, that it will carry butterflies once again?

Or must it come to this: that you will be forced to plan
the all too moving memorial service
for the white-tailed bumblebee, and the last lark’s nest?
The slow fading of their chatter comes
as bad news for potato-eaters.
When it comes to potato rot, think of pollinating …

Don’t forget to bestow on us the pickings and blessings of flowers,
for green can be such a lonely rotten colour.

In this poem ‘Malta’ is referring to a potato variety.
The poem was originally  written for the Poetic Potatoes project : https://valletta2018.org/cultural-programme/poetry-in-potato-bags/