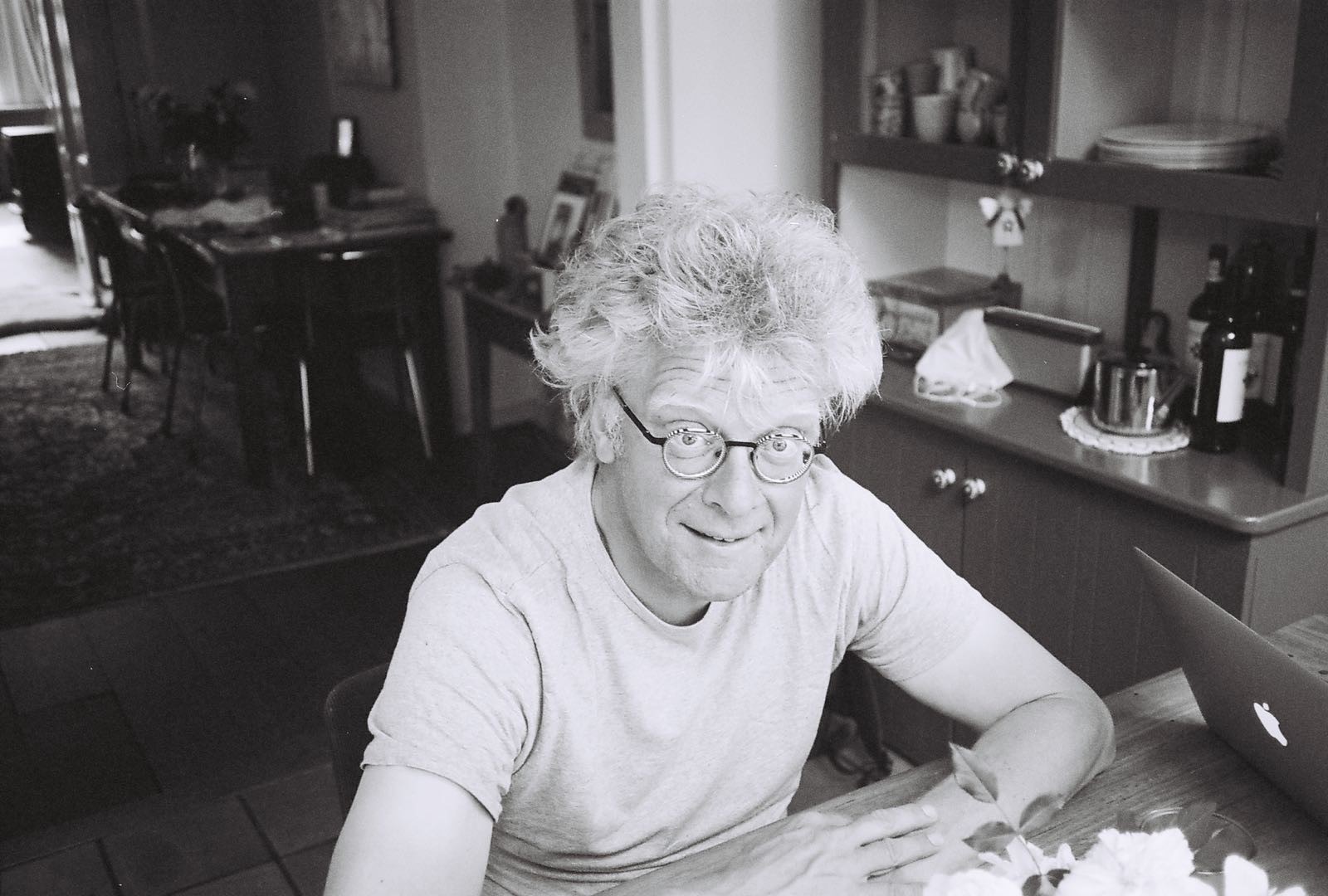 Lives and works outside Fryslân, sometimes performs abroad as well. He has written the collections Rauwe fisken op wynfearwolkens (2007), that yielded him the Fedde Schurer public prize 2008, and Hûnewacht (2012). In 2004 he won a Rely Jorritsma prize for his poetry cycle Yn ’t foarbygean. Recurrent themes in his work are the frictions between close by and far away, between staying and leaving and between past and future.

and away and closed the door
the dark
the helm

Simon Oosting reads his own poem ‘Hûnewacht’ in the original Frisian version.