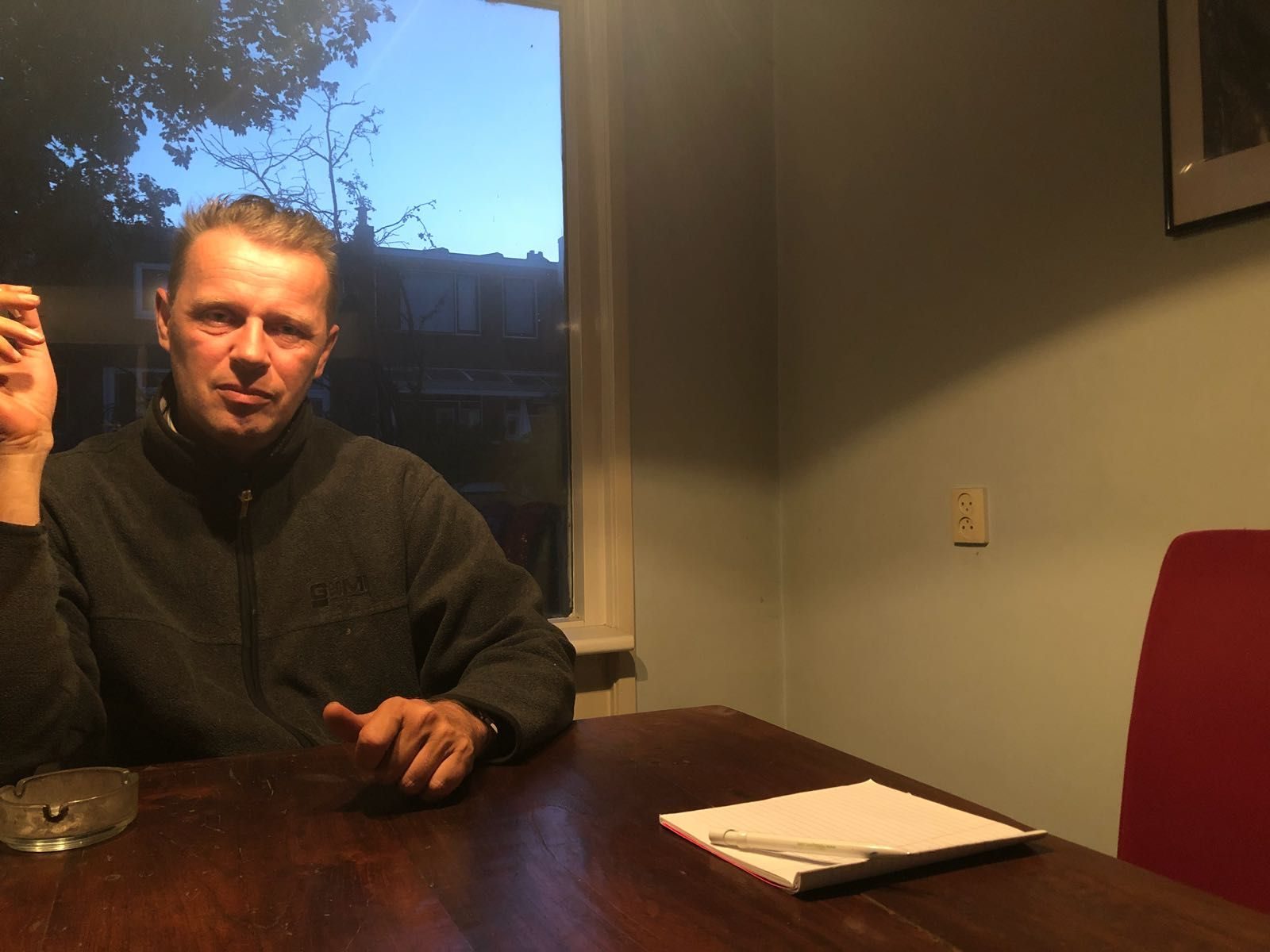 Gerrit de Vries (Leeuwarden, 16 May 1969) spent his childhood in Menaam. After finishing his secondary education at the Christian Grammar School in Leeuwarden, he moved to Delft where he studied Mining Engineering and Petroleum Extraction at the Technical University. He obtained his engineering degree (with a specialisation in Engineering Geology) and started working as a specialist in GIS and databases. From 2007 onwards he is the head of a small company specialised in worldwide offshore geotechnical analysis.

After his studies Gerrit went to live in Schiedam, where he still lives with his two children. He has written poems from 1989 onwards. In recent years he has published poetry in the Frisian literary magazine Ensafh.  His first collection of poems, Unlân, will be presented in June 2019 . carbon monoxide
lack of oxygen
mine gas was a hazard