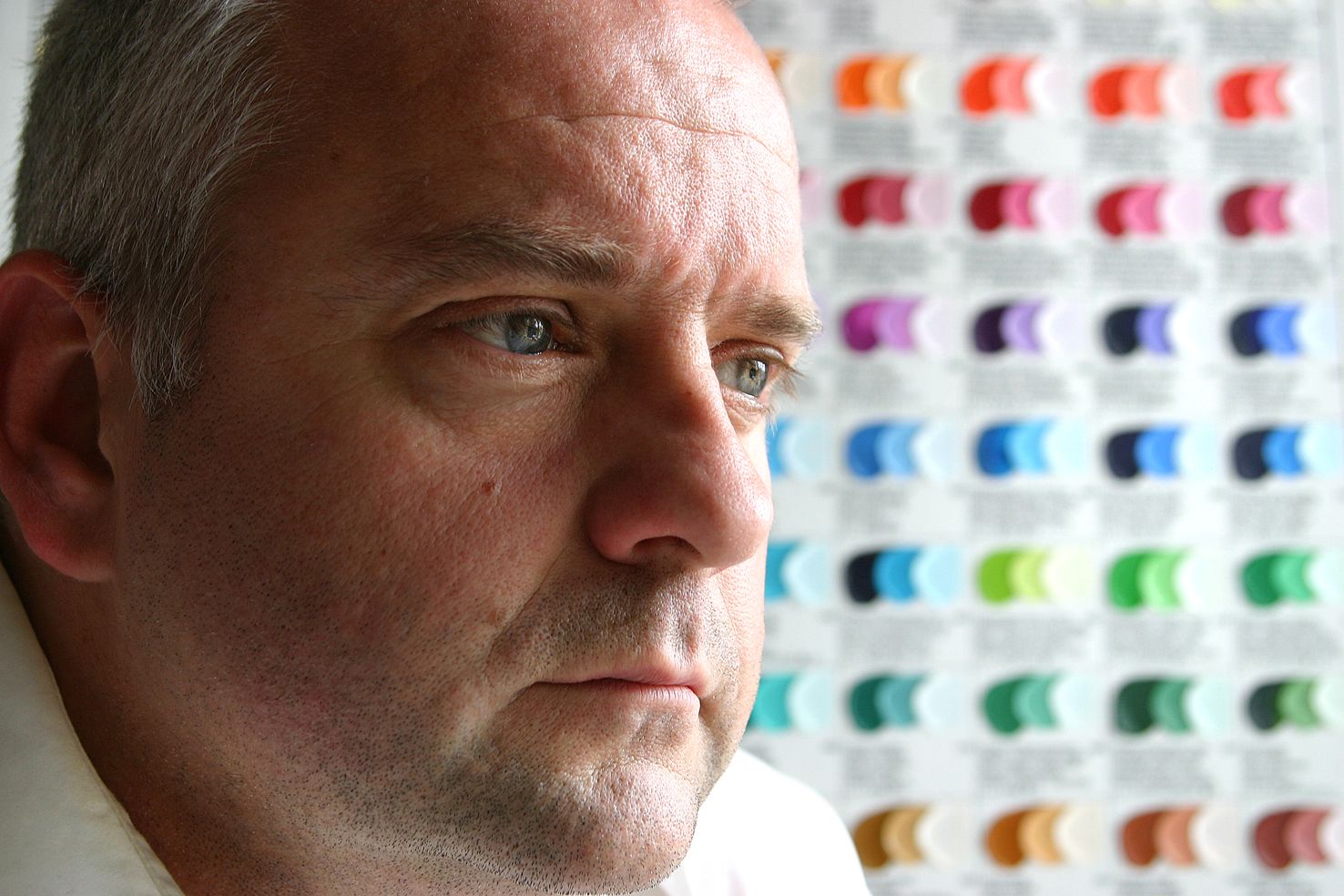 Anne Feddema (Leeuwarden, 1961). Poet, author and visual artist. He won the Margaretha de Heer prize for his visual art in 2007, the prestigious Gysbert Japicx prize for his poetry volume Reidhintsje op ‘e Styx in 2009 and the Rink van der Velde prize for his collection of short fiction De Triennen Fan Cheetah in 2016.

He performed at the Poetry International festival in Rotterdam in 1997. He has performed at the Oeral Festival on Terschelling as well. Anne Feddema does not only write in Frisian, but also in City Frisian and Dutch. Moreover, he translates work by other poet artists into Dutch, such as works by Kurt Schwitters, Hans Arp, Godfried Benn, Paul Klee and Wassily Kandinsky.